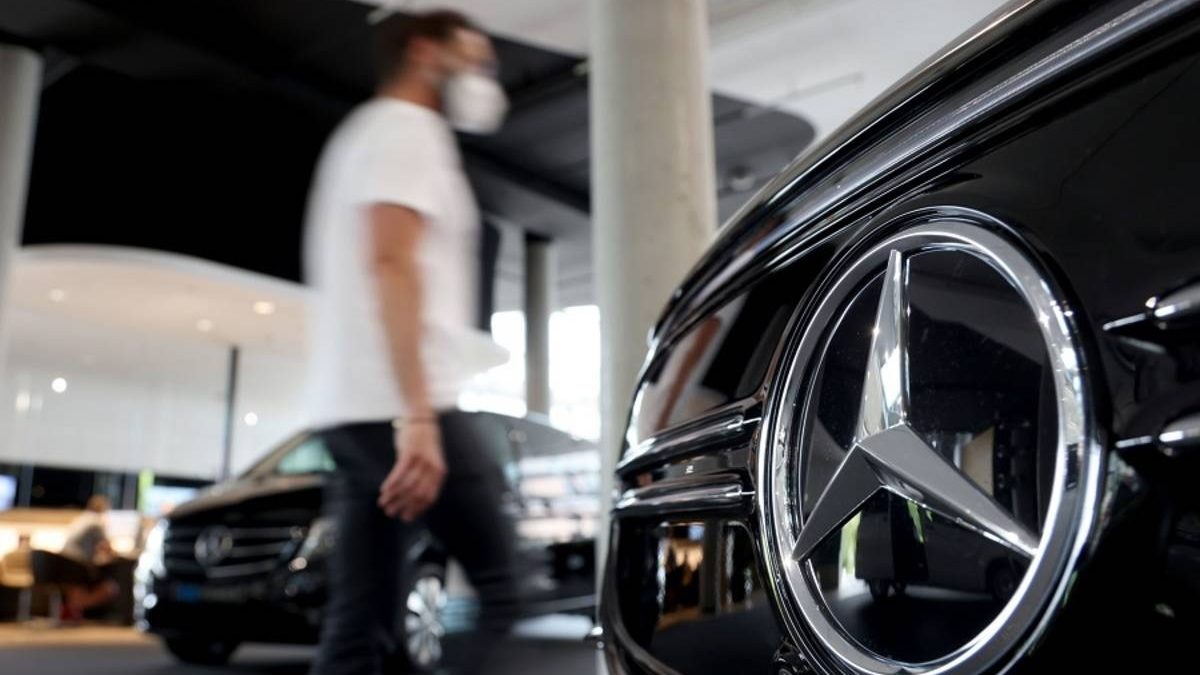 Mercedes-Benz is in the limelight once again, this time for brake booster problems with several of their cars. The German carmaker revealed the issue to their customers and announced a worldwide recall for the affected vehicles.

Affected car owners were also warned against driving their vehicles until after a complete inspection. The global recall involves around 993,407 vehicles, 70,000 of which are located in Germany. No specific number was provided for affected vehicles in the UK.

Mercedes released a statement that explained the problem. They discovered that in the affected vehicles, the brake booster’s housing may have been exposed to advanced corrosion, which can be a major issue because it can disrupt the booster’s function.

According to the KBA or German Federal Motor Transport Authority, brake booster corrosion can lead to an interruption in the braking system and brake pedal’s connection.

Mercedes-Benz said brake booster mechanical damage is possible after a particularly strong manoeuvre. This will make it difficult for car owners or drivers to use the service brake to decelerate or stop the car or van. Needless to say, from a safety standpoint, this is an unacceptable scenario.

Although there have been no reports of accidents resulting from the said braking issue, Mercedes-Benz decided to issue the recall notice after they analysed isolated reports involving certain cars.

Inspection of the vehicles started in June, with the manufacturer promising to replace components that were affected by the error or issue.

Mercedes-Benz said that the vehicle models affected by the brake booster issue are:

The affected models were manufactured between the years 2004 and 2015.

Before this year’s brake booster issue, Mercedes-Benz did have problems with some of their vehicles in the previous years.

The carmaker has to recall almost a million vehicles in 2021 because of issues with the emergency call systems. Three years prior, Mercedes recalled around 774,000 vehicles throughout Europe for the alleged use of devices programmed to cheat emission tests.

Thousands of Mercedes-Benzes also had to be recalled several years ago because of a possible faulty fuse in the vehicles’ starter components. This issue resulted in vehicles overheating. The recall was carried out globally.

The biggest issue for Mercedes-Benz, however, is its involvement in the Dieselgate scandal.

In September 2015, officials from the US Environmental Protection Agency and the California Resources Board called on Volkswagen over allegations that the carmaker installed defeat devices on diesel vehicles sold across the United States.

VW initially denied the accusations but eventually admitted that they did use cheat software on some of their diesel models so they can manipulate emissions testing.

The carmaker has paid millions in files and compensation and has recalled millions of affected vehicles over the year.

Other car manufacturers are also implicated in the diesel emissions scandal, including Mercedes-Benz. In February 2016, Mercedes’ American diesel vehicle customers brought a class-action lawsuit against the carmaker for the use of defeat devices. Daimler, Mercedes-Benz’s parent company, denied the allegations but a couple of months later, the company revealed their plans of carrying out an internal investigation of Mercedes’ diesel exhaust system as ordered by the US Justice Department.

In May 2017, German prosecutors raided eleven Daimler manufacturing sites in connection to cheating emissions tests investigations. About a year later, the first Mercedes-Benz recall was carried out as a result of the KBA’s discovery of defeat devices in the carmakers’ diesel vehicles.

From that time on, Mercedes has been in and out of the limelight in relation to the use of defeat devices. The company has been recalling vehicles, paying fines, and is facing emissions claim group litigation despite maintaining that the allegations against them were untrue.

What are defeat devices and why are they illegal?

Defeat devices are illegal software programmed to detect when a vehicle is in regulatory testing. They then automatically and artificially reduce emissions levels to within the limits set by the World Health Organization (WHO).

Once the vehicle is taken out and driven in real-world road conditions, however, the defeat device uncaps the vehicle’s emission levels to their default levels, making them shoot up beyond the limits mandated by the WHO and European Union.

As such, Mercedes-Benz vehicles equipped with defeat devices are not in compliance with environmental and emissions laws.

Additionally, the carmaker also mis-sold the vehicles to their customers by marketing them as safe and environmentally friendly cars. In reality, car owners were driving pollutant vehicles.

Mercedes’ defeat device-equipped vehicles, and all diesel vehicles for that matter, emit nitrogen oxide or NOx.

NOx is a dangerous gas that contains nitric oxide (NO) and nitrogen dioxide (NO2). It has deleterious effects on the environment and on human health. It forms acid rain, smog, and ground-level ozone.

For these reasons, car owners affected by the Mercedes diesel emissions claim are encouraged to file for compensation against the carmaker. To make things easier, you should file your Mercedes emissions claim with the help of a panel of emissions solicitors. Get in touch with ClaimExperts.co.uk and increase your chances of winning your claim.

How to Choose Tires for Your SUV

How to buy the trustworthy used cars

Your mini-guide on van scrapping

Reasons Not to Use Automatic Car Washes

22% of Cars May Be Producing Dangerous Excess Emissions